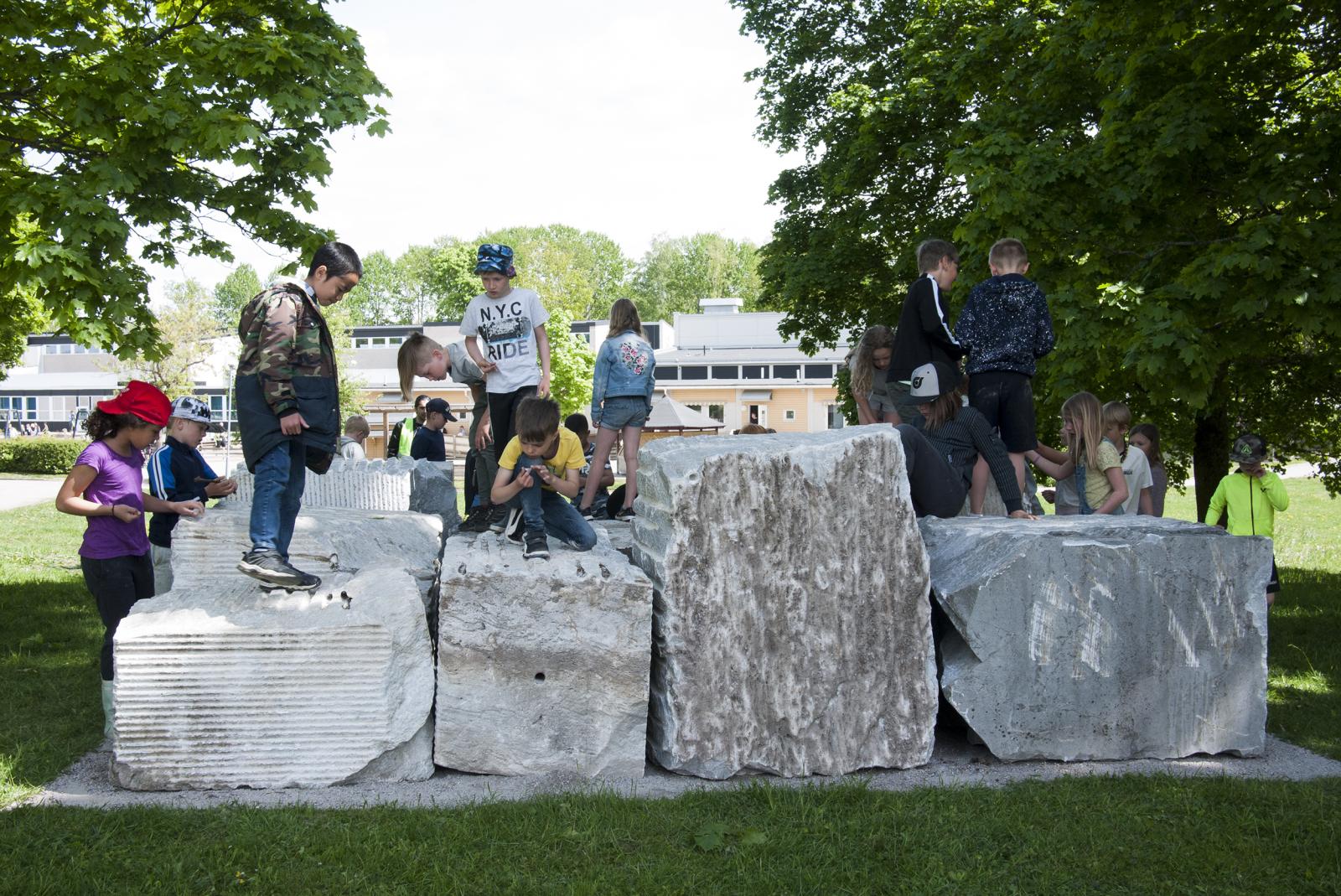 Blue Marble was established as a permanent public sculpture in Norrbyparken in Örebro, Sweden in 2020.

The sculpture Blue Marble consists of thirteen marble boulders arranged tightly together in a square (4x4m), placed in Örebro Norrbyparken.
The artworks title refers to the material itself: Blue Ekebergs marble from the local region – yet it also refers to an image of the earth, taken from one of Apollo 17’s crew members in 1972. It was the first photograph of our planet that’s been shot from a distance and got named “blue marble” due to the pattern of clouds and deep blue, which from afar looked like marble. Rocks – just like images – manage to capsule place and time, although, each of them in their own way: It takes a fragment of a second to take a photograph while certain kinds of rocks evolve over billions of years.
The fundament of the region around Örebro in Sweden contains amongst other rock species marble, which is up to 2 billion years old. “This marble in particular, was formed some 1900 000 000 years ago (=1,9 billion years) when this particular place of Sweden was drifting around in a continental plate close to the equator”.

EXCERPT OF TEXT BY STEFAN SÄDBOM: HISTORY OF A METAMORPHIC ROCK

The sculpture Blue Marble (2020) is made of 13 marble boulders from the Ekeberg and Älteruds quarries some 15 km northeast of Örebro. The marble boulders from Ekeberg are generally grey-white in color whilst the boulders from Älterud are generally more grey-bluish in color. Although slightly different, they are all composed of a rock type that is called marble. Marbles are formed from calcium- and magnesium-carbonate rich mud which is compacted and recrystallized under high temperature and pressure. This marble in particular, was formed some 1900 000 000 years ago (=1,9 billion years) when this particular place of Sweden was drifting around in a continental plate close to the equator. We know the age because there are volcanic rocks, ashes and tuffs in the surrounding bedrock that have been age-dated, and we have an idea about the locality and the conditions of the place because this particular rock contains remnants of a special type of organism that created something called stromatolites. Stromatolites was a “simple” life form that lived in colonies and they incapsulated carbonate minerals as they thrived in the warm, shallow water close to the shore of an unknown continent. The stromatolites where simple organisms, related to blue – green algae, and they formed a filt-like coating on the seafloor. They did not “do much”, except to capture carbon-dioxide and use photosynthesis to get energy for their growth. And yes, whilst in that process, they also created oxygen that contributed to shape the atmosphere, into something we humanoids, once we “emerged” on the earths surface, only some 2 million years ago from now, appreciated.

Link to the text in it's entirety: History of a metamorphic rock 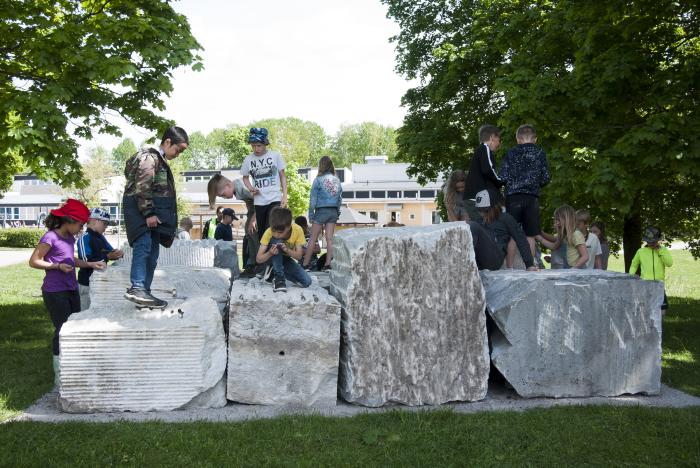 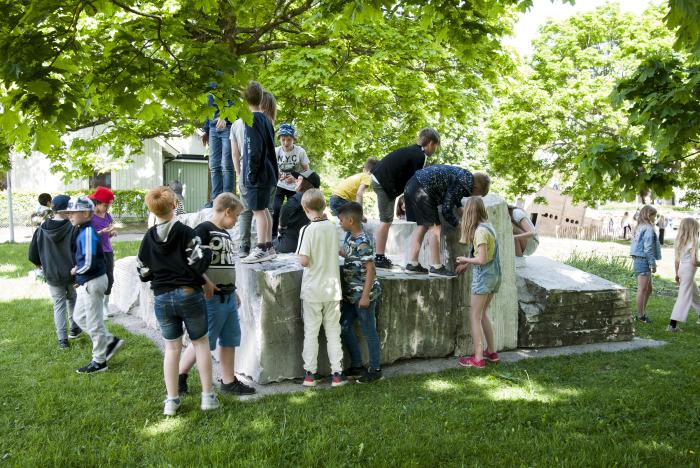 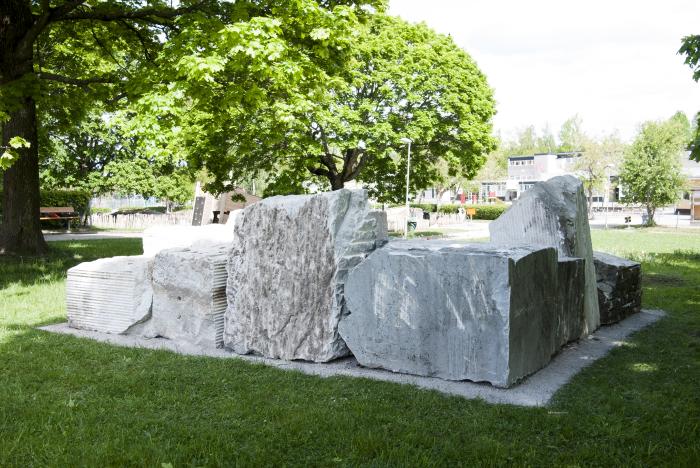 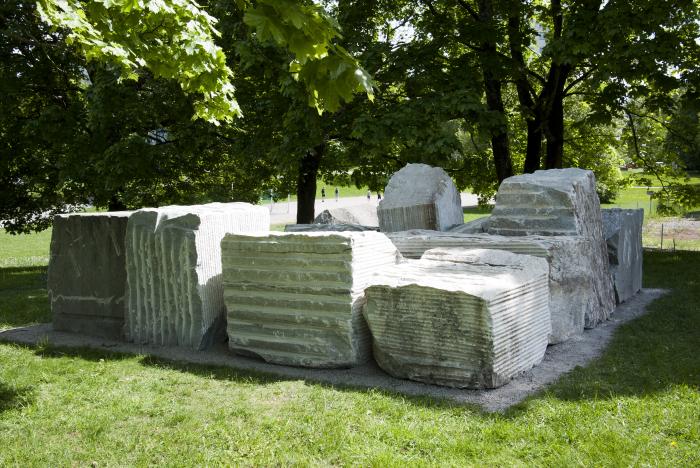 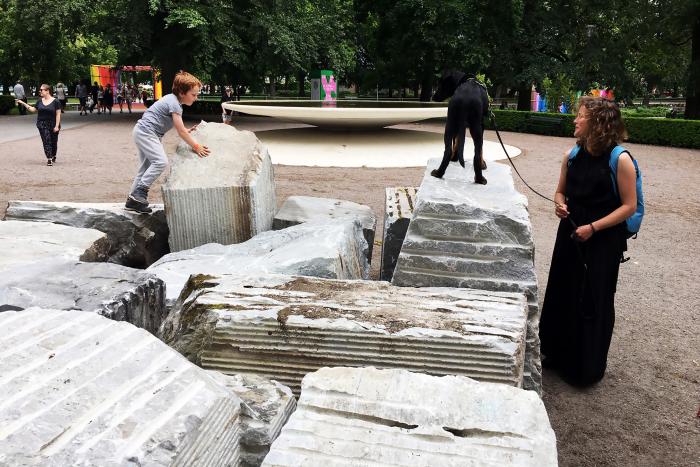 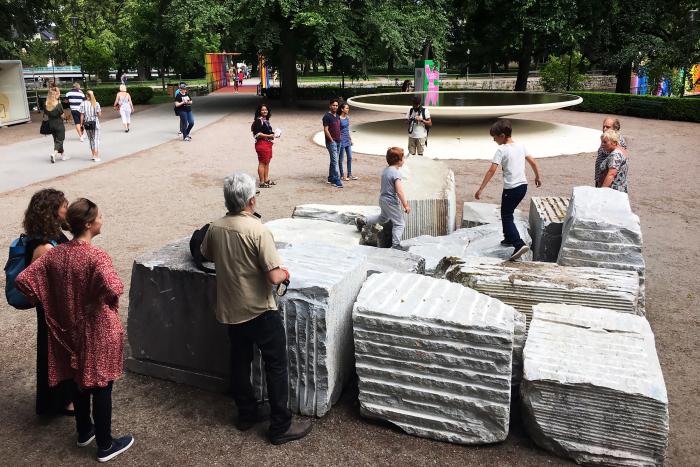 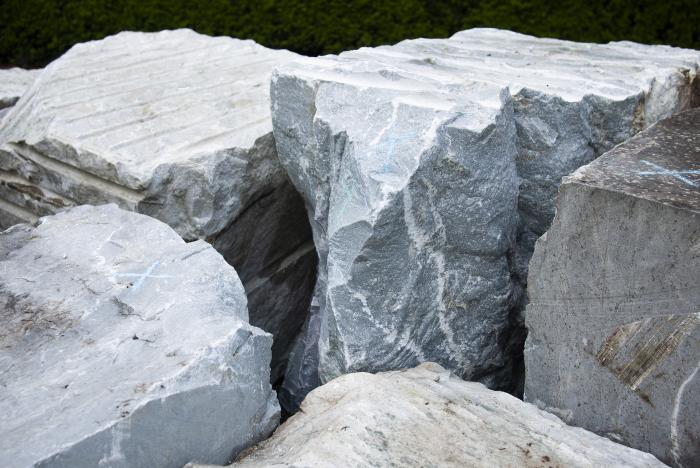 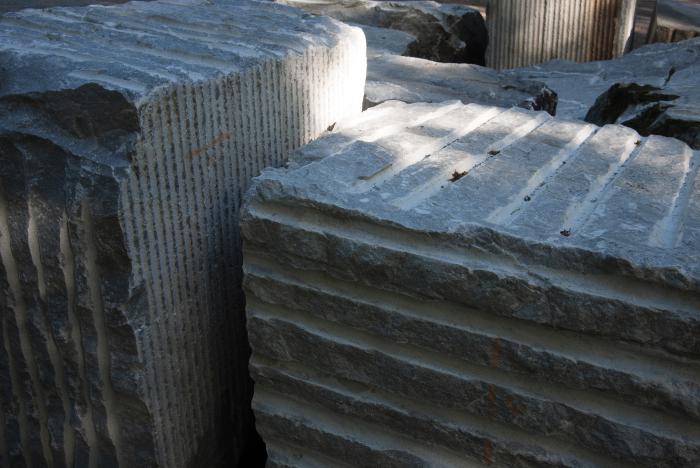 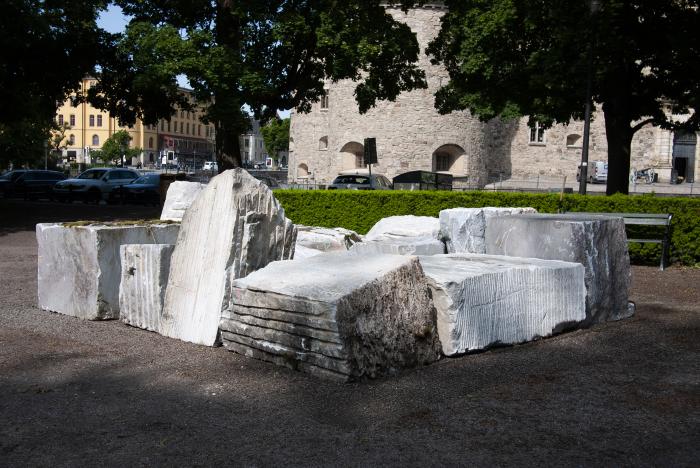 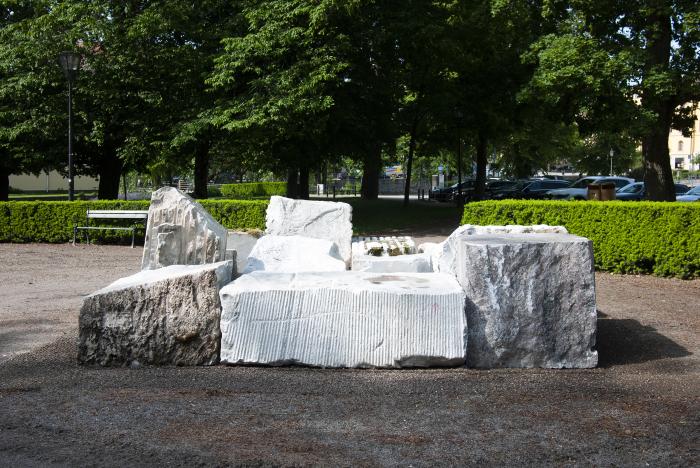 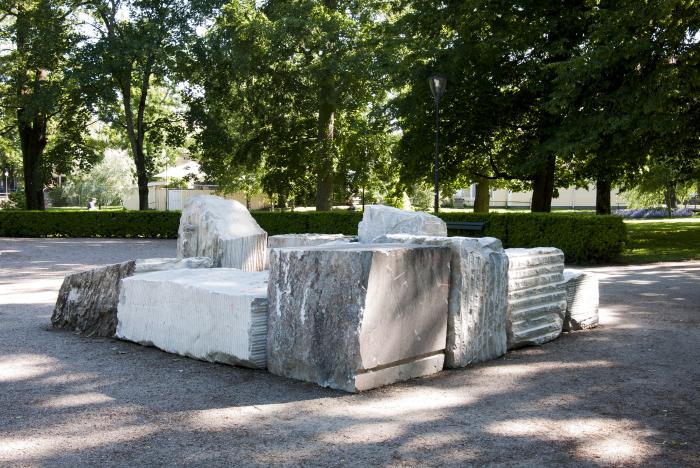 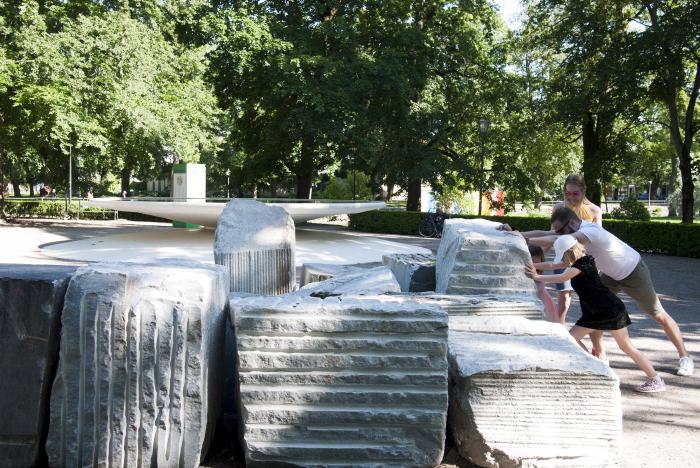