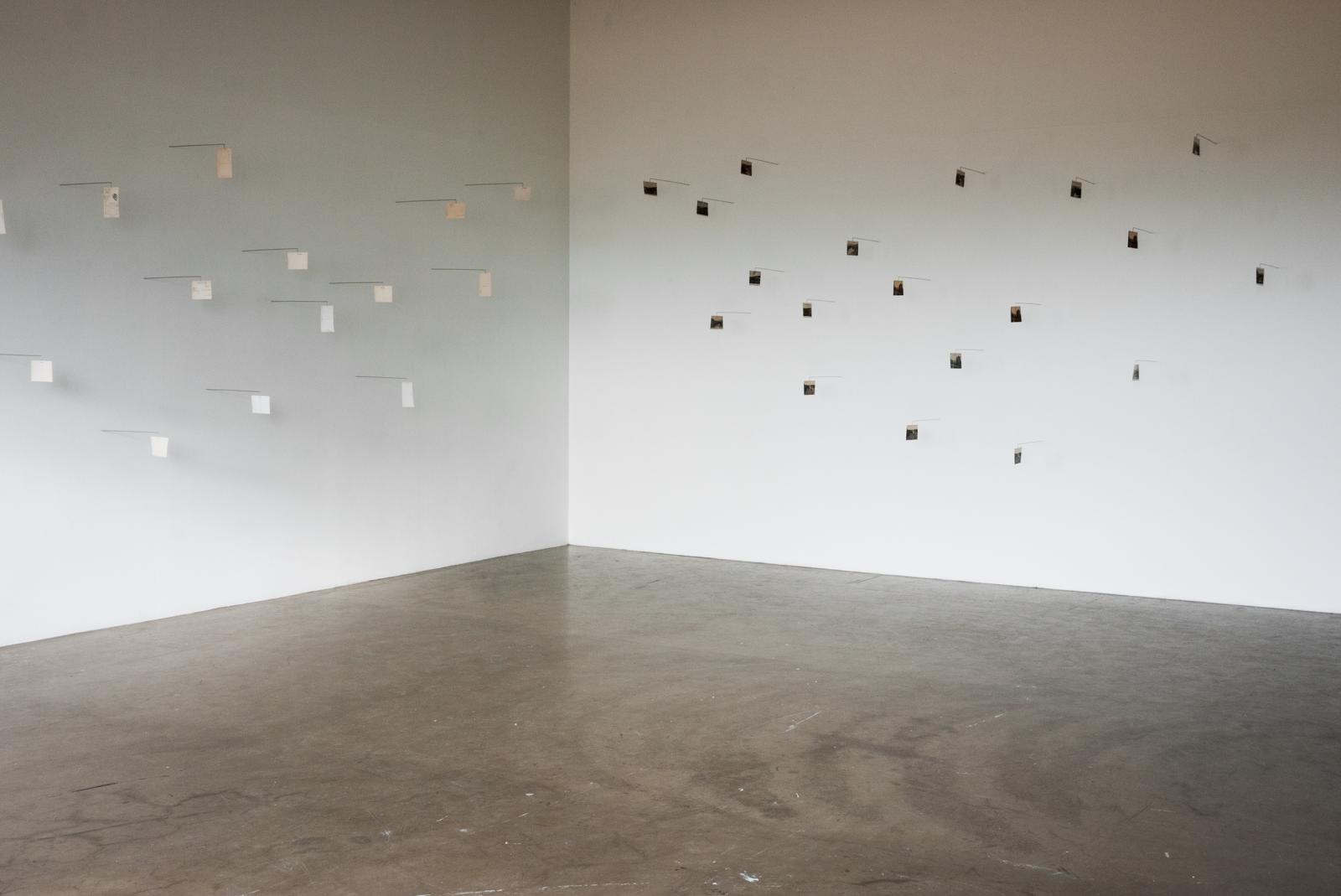 Imprint (Thingvellir) was shown in Gallery Kubbur at Iceland Academy of the Arts.

Imprint (Thingvellir) is an installation of 35 found postcards depicting Thingvellir in Iceland. Thingvellir is situated on the tectonic plate boundaries of the Mid-Atlantic Ridge where the oldest European parliament, Althing, was established in 930. The volcanic rift moves apart 2cm per year on average and Iceland is the only place where you can walk on the top of the ridge axis with dry feet. The installation plays with Alfred Wegener's theory about the earth being a mosaic of tectonic plates that moves in different directions. Movement is also imbedded in a postcard intended to transport a message to another person. Movement within the earth as well as in communication is framing the exhibition through visual analogy and sculptural installations of 2-d postcards.

Thingvellir is as much a natural environment as it is a cultural environment. It exists outside of time and place as well as within its coordinates on the tourist map. As a place of a dialectical nature, it gives us knowledge of the past and the present in its duality. Veronika Geiger’s installation appears in the light of the present. Her installation leads us from the solely analog perception of this landmark steeped in the influence of numerous Icelandic painters, towards a more current expression of the site’s presence, which is as much analog as it is a technological process. In the found postcards of Thingvellir, we see some of the different areas of the place. The sites are repeated several times on the series of postcards and through this repetition we become familiar with the nuances and different elements of the place.The image becomes object as we move from the analog life form of the postcard to the floating images derived from a negative color developing process. The landscape becomes exhibition becomes landscape as the space surrounds us while also containing us. One doesn’t see what is there with one look; it takes many perspectives. 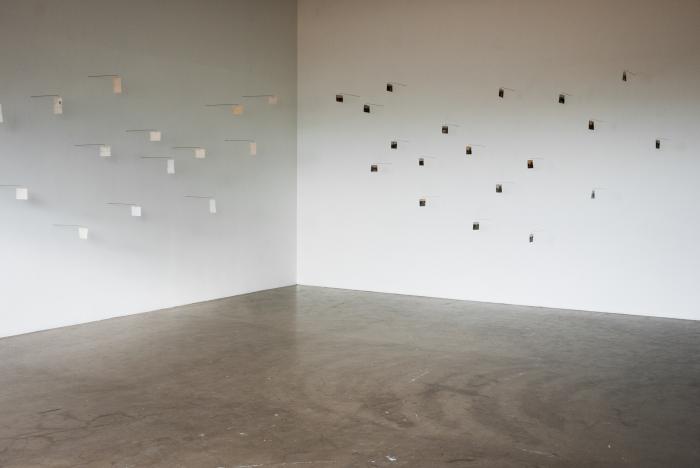 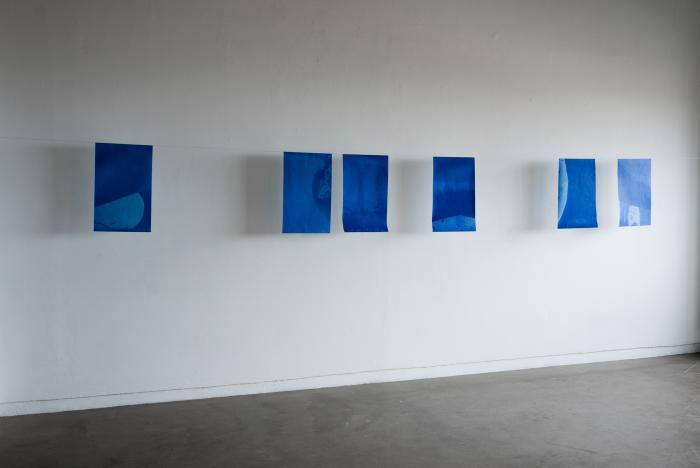 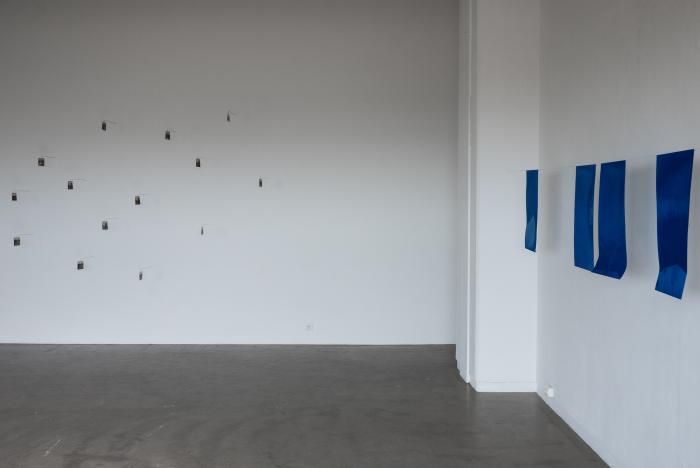 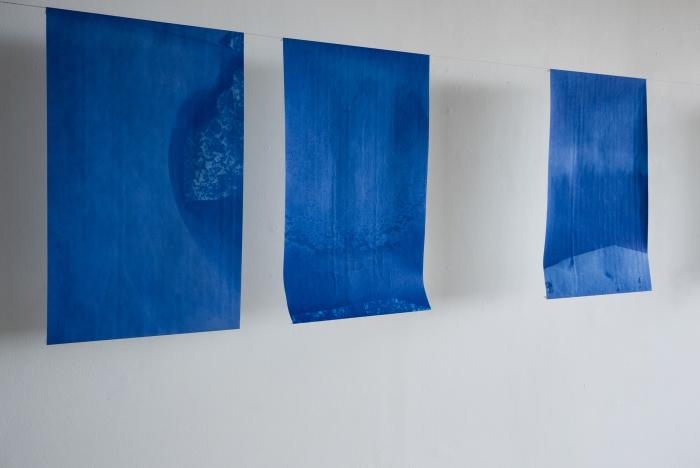 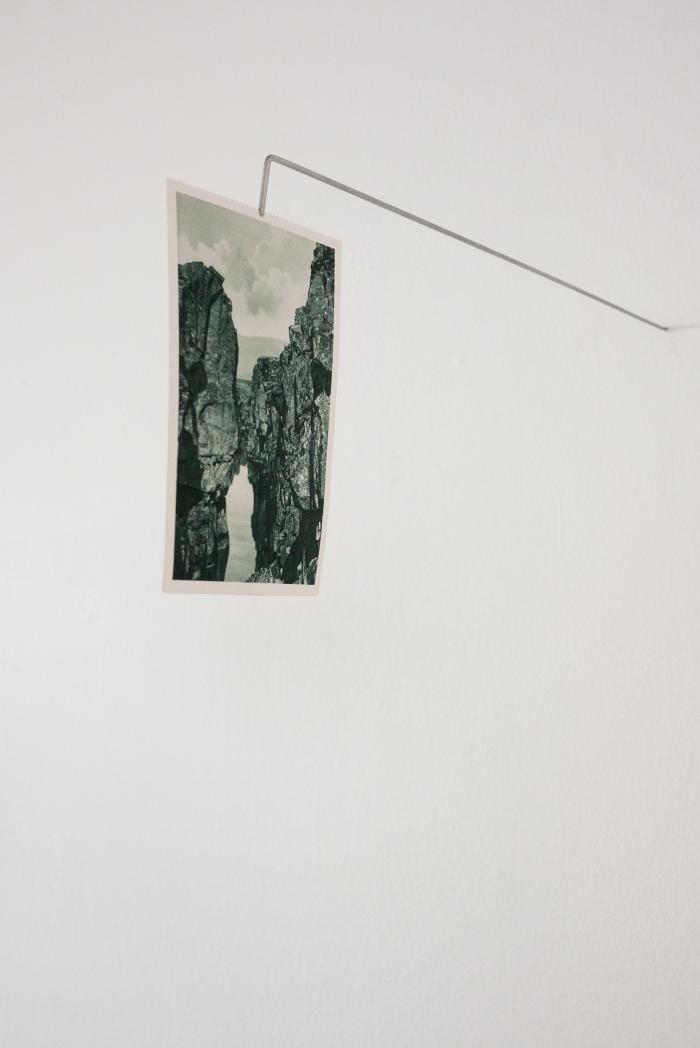 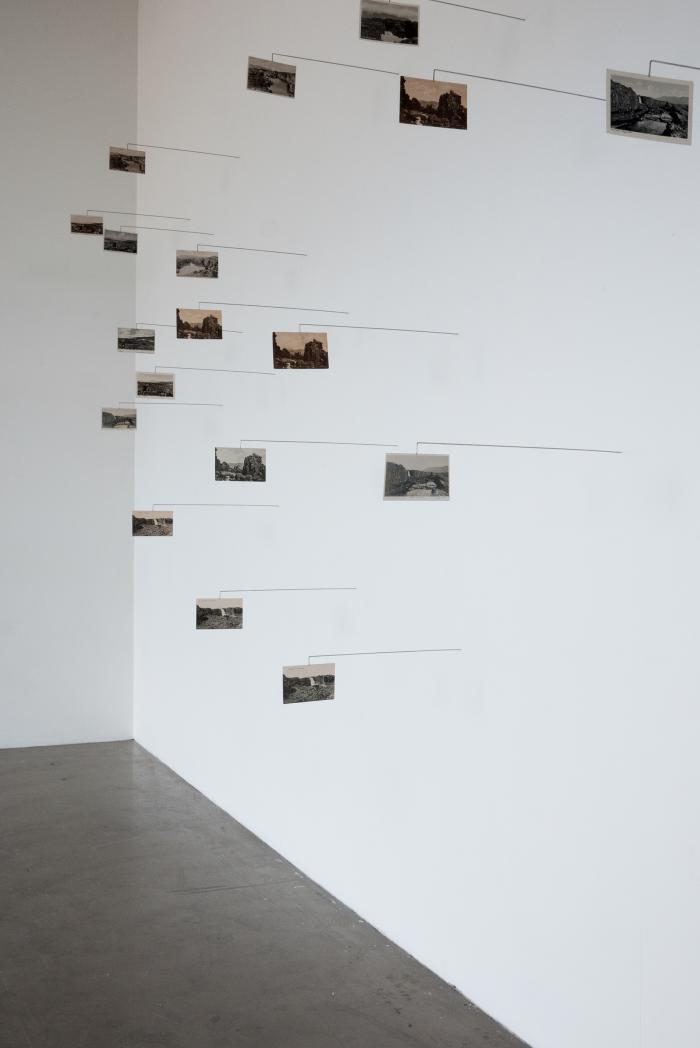