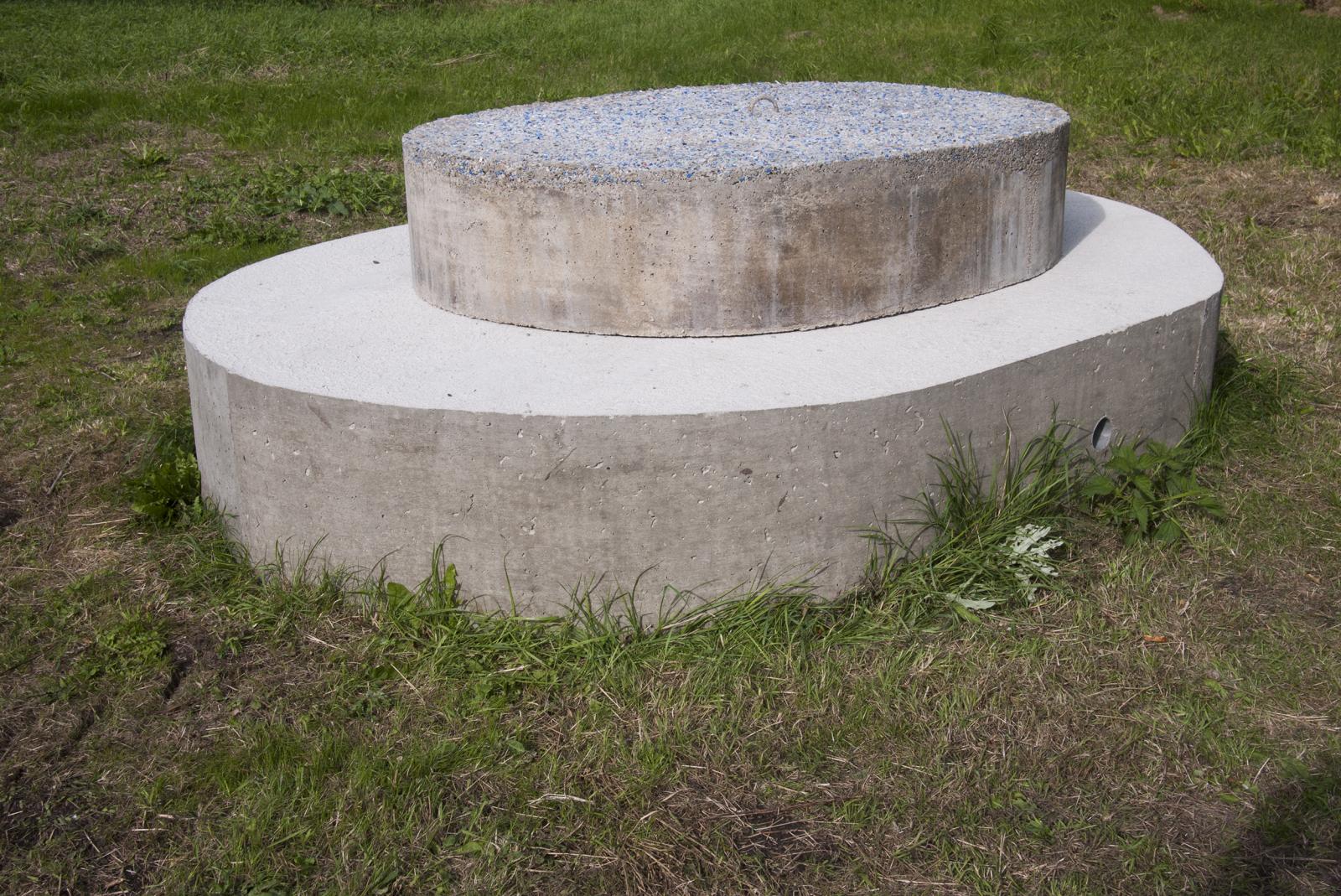 Sokkel is a permanent sculpture in a sculpture garden in Selde and is part of Skulpturlandsby Selde, a platform for sculpture in public space, Denmark, curated by Marianne Jørgensen.

Sokkel (2019) is a sculpture inspired by a rock from Fur island, Denmark, with its rounded shape and layered structure. The sculpture is made in two sections: 1. concrete and ash and 2. concrete and recycled plastic from Dansk Affaldsminimering Aps. The sculpture can be placed in the context of the anthropocene, the new geological time period, where the human traces on the nature are dominant. In contrast to the Holocene, which is from the ending of the last ice-age to about 1800, is the Anthropocene characterized in the way that all wild nature has a mark from human activities.
Sokkel is part of a longer ongoing investigation of the phenomenon Plastiglomerate. Plastiglomerate is the term of a new geological stone species that were found and categorized by geologists first time in Hawaii in 2012. In my earlier work with Plastiglomerate (Plastiglomerate 2018 og Plastiglomerate 2019). I have produced plastic bricks from recycled plasticgranulate at the DTU (Technical University of Denmark). In Sokkel the plastigranulate is mixed directly into the concrete and points toward a new future rock species. 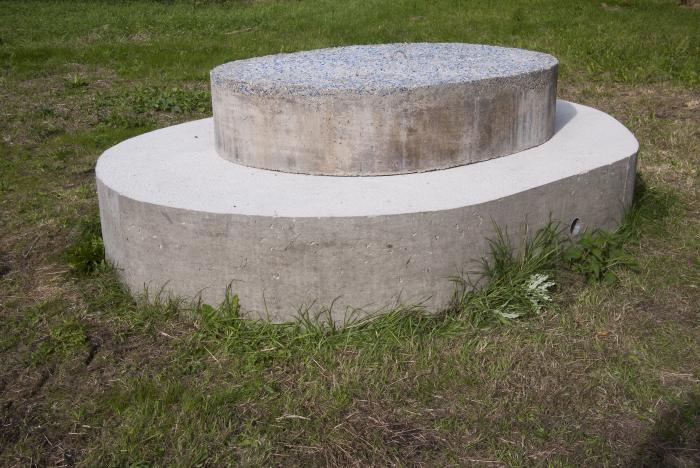 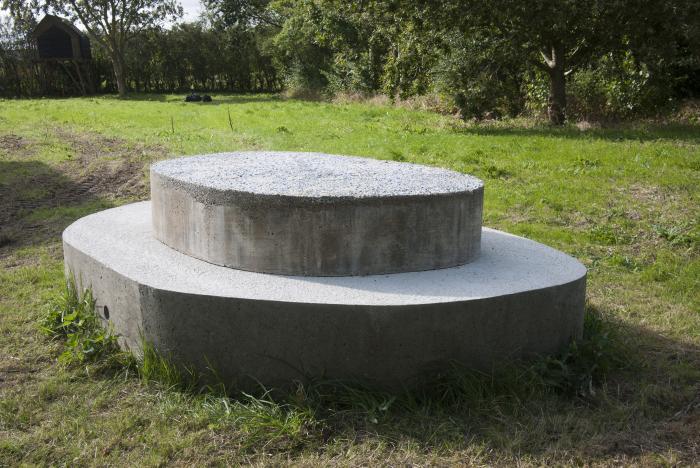 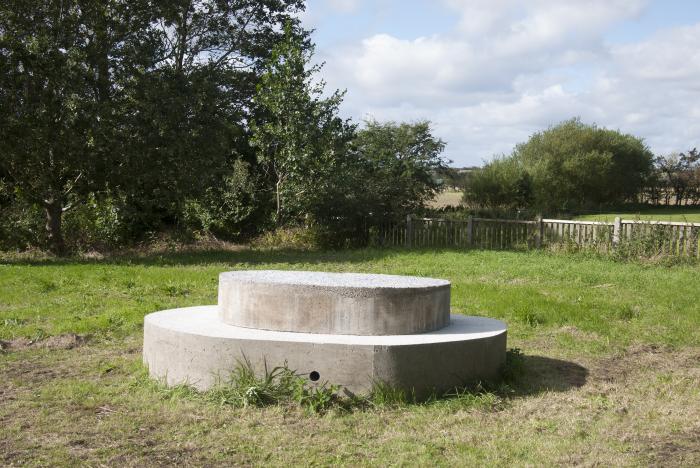 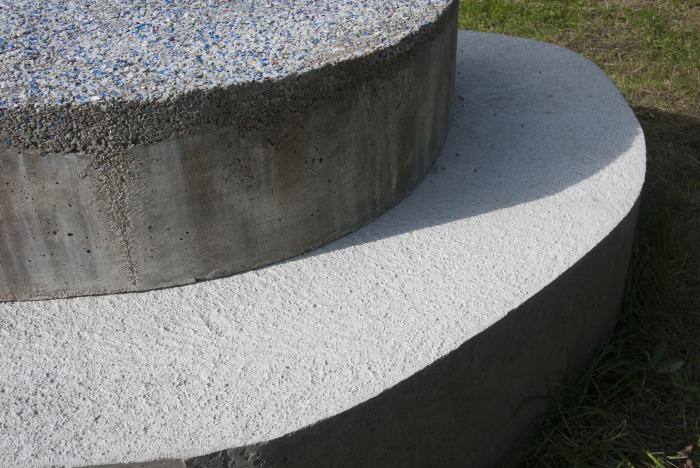 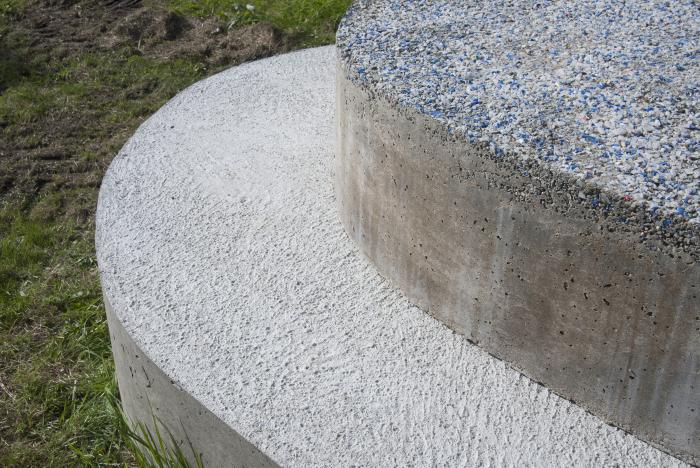 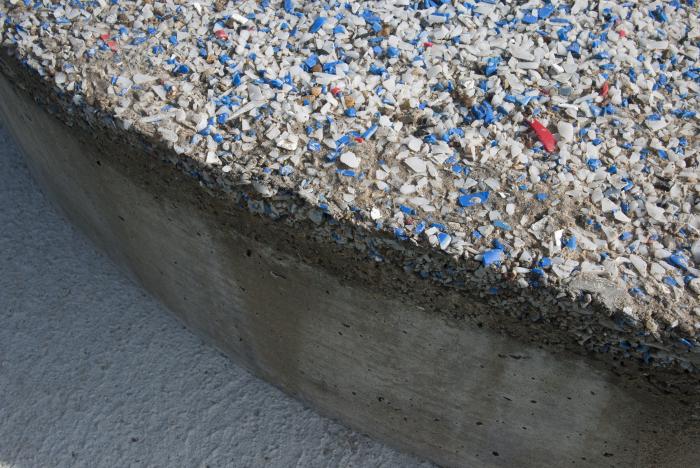 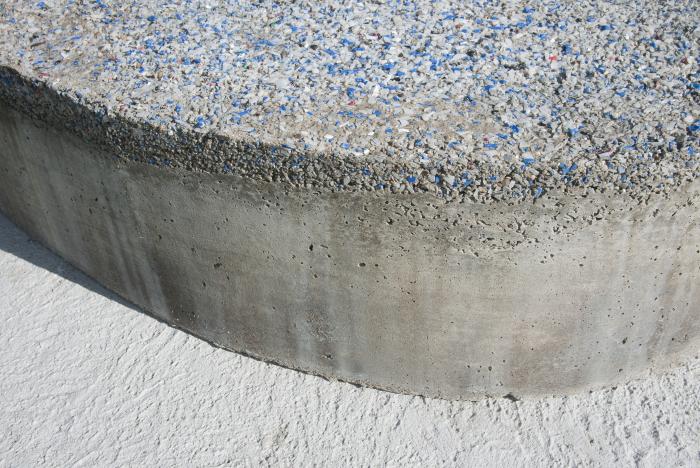 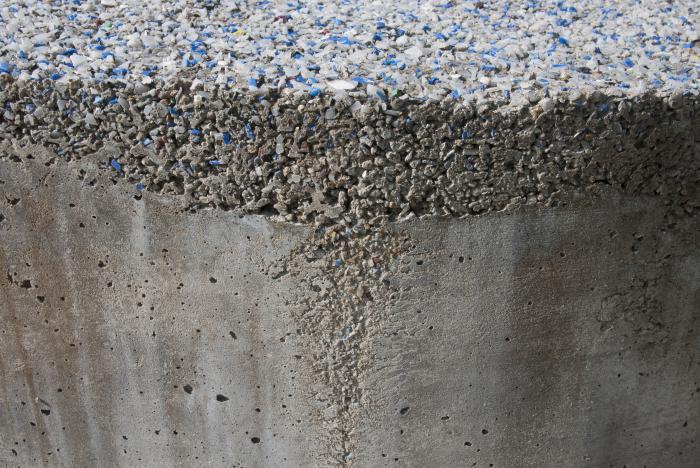 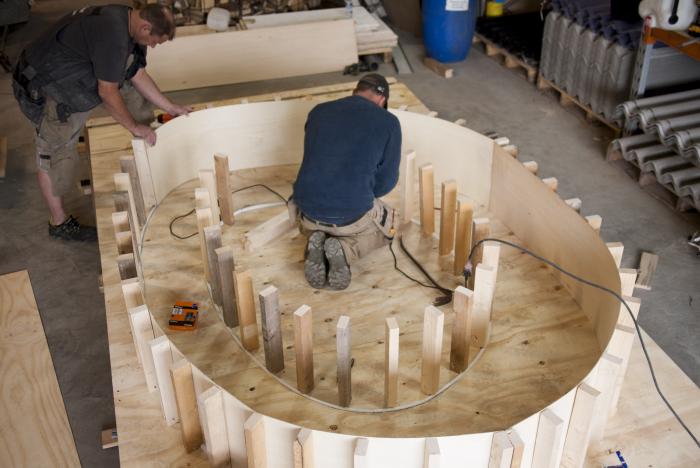 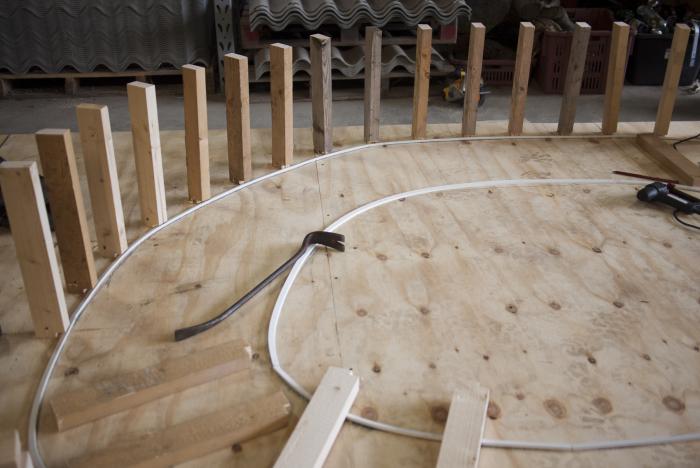 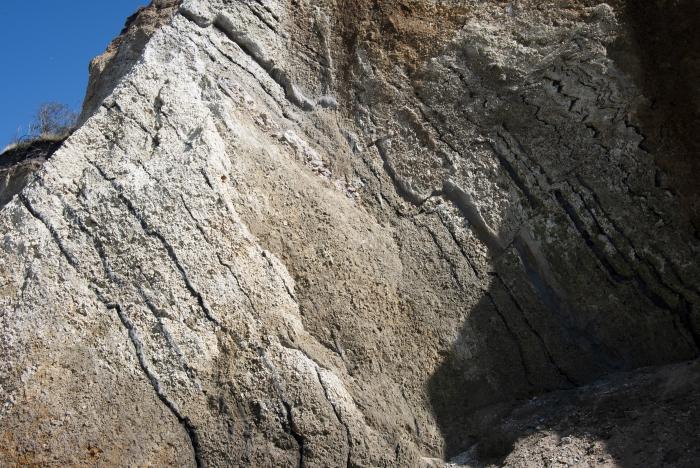